Drum roll please…announcing our first article on popular fad diet concepts which have blown up in the media. At least, the first published here. Why are we taking on Yakon Syrup? It appeared hot on the scene on popular talk shows a few years ago, and believe it or not, people take that advice seriously.

I am used to fielding questions about magic fruit and special teas and normally have the same answers. “All tea that has caffeine and antioxidants can help with weight loss, but they are not a miracle.” Or, my personal favorite, “All the science says about ‘X’ fruit is that it is high in antioxidants, which will help you not get sick. But does not help your pant size in a special way.”

When I get asked about something new, or uncommon, and I have to do research on it, it warrants discussion. Yakon Syrup just happens to be something I only read one article on. That is far from enough evidence to even make an assumption. I did my homework and decided to test it myself to see if it was all it was cracked out to be.

What is Yakon Syrup?

My uneducated answer is, “Yakon Syrup is Syrup made from a Yakon, duh.” That means we are learning this one together. A Yakon is a root vegetable from a dandelion like plant. Think of this plant as a dandelion with a weird potato-like grown in the root system.

This story sounds like all fad diets. You take a rare root, excrete syrup from it, and consume it. The pounds vanish just like that. The rare aspect of this is even more interesting, as Yakon grows almost exclusively in South America, near the Andes.

Yakons tend to taste like pears, but look like potatoes. It is used as a Syrup as a sugar or sweetener substitute. That is the main benefit, it is sweet despite having the makeup of a potato.  It chemically digests like Fiber, but still has a sweet taste. This is rare, and why Yakon ever got this level of attention.

What does the science say about Yakon Syrup for Weight Loss?

Honestly, not much. The first study on Yakon Syrup was completed by Universidad Nacional de Tucumán, a University in Argentina. The study was designed to test the local belief that Yakon could be used as a nutraceutical product, which is a fancy way to say a product with an ‘it’ factor. What is the ‘it’ factor? That is just my non – scientific way to say extra properties or benefits in a dietary product outside the nutritional profile.

If science does not know why something works, this is the term used to say it works despite us not knowing why. That is right, the entire intent is to see if Yakon Syrup has magical properties. You will not be surprised that this was tested along side of rare teas, seaweeds, and other such hot diet products.

The actual study was soundly set up. A double blind study with a controlled placebo. The results were tested over 120 days on women. The placebo group lost weight, but the group using Yakon Syrup lost a considerable amount of weight. Insulin Sensitivity also improved greatly and there were no gastrointestinal side effects. So far, it sounds like a home run.

This is the point where I cite another study, and explain how it all ties together. Sadly, I have no other real scientific study. There was a ‘study’ performed by a popular talk show, which was far from being actually scientific as it was uncontrolled. That just does not count as that is the same as you asking me what I weight today, me telling you I ate only Yakon for a week, and then telling you my new weight is five pounds less.

That is not scientific.

The only other mention of Yakon Syrup is in a summary of dozens of products tested as nutraceuticals. The summary concluded that some of the tested items, including Yakon Syrup, caused weight loss. The caveat is that far more testing was suggested before use for everything tested.

Without science, I am left with the single real study. The negatives now become our focus. First glaring negative to me is the lack of clarification on how good the blinding was, as in, or how well the groups were separated in the study. We do not know if the groups really knew if they were on placebo or not. In a general sense, we do, but some in the study could have.

This is normally not worth mentioning, but lacking the data means the results could be skewed, and almost makes calling this a blind study worthless and possible false. I will not make that claim, as I respect the integrity of the research. The next problem is timing of dose. The controlled placebo and group taking Yakon Syrup were not explicitly administered dosage at a specific time.

The only concrete information we have is that the groups took two different doses, one larger and one smaller, during the day. This means that the information may be biased as insulin levels could be manipulated based on dose time. One of the main reasons for the weight loss in the study would be the increased satiety from consuming Yakon, which could all be the result of taking Yakon at a superior time.

The superior time argument is that is the placebo ate a snack at 5 pm, and the Yakon group ate the Yakon at 7 pm, the placebo group should be more hungry by 8 pm when satiety levels were tested. That is a big no – no for trusting this data. If this were one of several studies this would be fine, but using this single study as proof is far from sound.

Fructooligosaccharides. Or the special form of fructose which makes Yakon more like a potato yet still be sweet is what the rage is really all about. It has been featured in diet pills and supplements since Yakon Syrup popped on the market.

More appropriately, fructooligosaccharide is essentially Fiber. This means it is great for digestion, and would have no negative side effects on your stomach and digestive system. This is one of the other claims of Yakon Syrup, that is helps with digestion frequency. This is true because it is Fiber, and is all around good for digestion, and thusly for satiety.

The other claim is that Yakon Syrup will speed up your metabolism. That may be true, but we have no evidence to prove this. We know Fiber helps control weight and make you feel full longer. This helps with weight loss, but it is a stretch to say fructooligosaccharide or Fiber will actually increase your metabolism.

The other claims, such as helping reverse have been disproven by science. We do have tests on fructooligosaccharide as a treatment for diabetes in a tea form, and it was deemed not safe for consumption and did not improve the condition. This leads me to question the claim That Yakon Syrup helps insulin resistance as that would help diabetes.

What does all this ‘science’ reflection mean?

This all means that the science at best tells you that you can lose weight without Yakon Syrup (The placebo group) and can possibly lose more with Yakon Syrup. At worst, we have a study which does not give enough information to make assumptions. We have some studies confirming that Yakon is actually bad for you when taken as a tea, which puts the entirety of the flawed study into question.

Back to this popular talk show. One of the ‘studies’ was performed by this show, which was not at all scientific. Those results just do not count. Some doctors also chimed into these claims. Almost universally the unbiased responses stated that Yakon may help weight loss, but it may not.

That is a big question mark on if it works. Promotion from a talk show that profits from this, and the fact that we only have one study which claims benefits, and others which say it can be harmful in other forms should be enough of an answer.

What if you want to take Yakon Syrup for weight loss?

Well, I can’t stop you. The best way to look at Yakon is to treat it like sweet fiber your body can not process. You should count it as a calorie like Fiber. It may make food taste sweeter, but it is not exactly easy to get or inexpensive. If you are set on it, use it wisely and in moderation.

When I personally tried Yakon I did not notice any real benefit. I was more regular but I attribute that to the fiber. Less hungry? No, my normal high protein diet is superior in that benefit. I in fact gained some weight while on it. My results are a sample size of one. This is also not scientific and should be trusted as sage advice.

At the end of the day, the only claim we have is just as scientific. If I told you bleach would help you lose weight, would you believe me? You may, but you would not try it because you know better than to ingest a chemical for short term weight gain. My real recommendation is to handle Yakon the same way. The results are inconclusive, and the only people saying it works are those who make money convincing you it works. 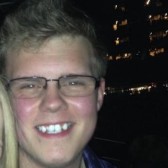